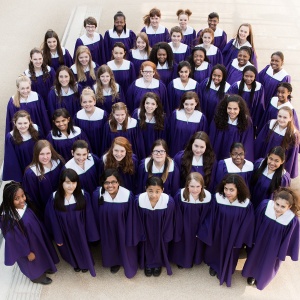 The Chamber Choir is one of Burntwood’s more high profile performance groups and entry is by audition. It has sung at every major concert hall in London, recorded and given concerts with the Royal Philharmonic Orchestra, and made film scores at Abbey Road and Pinewood Studios. It has reached the final of the National Festival of Music for Youth, been successful in the Choir of the Year competition and represented England  at the International Eistedfodd in Llangollen, as well as travelling abroad. In this short video, choir director Debbie Lammin talks about the choir, choir members from the newest to the most experienced give their thoughts on what it’s like to belong and choir parents explain what they feel their daughters have gained by being part of the choir. You can also hear short extracts from choir performances in a variety of genres.

The footage below was taken during a concert at St Martin-in-the- Fields in Trafalgar Square, where Burntwood joined the multi-award winning Vasari Singers for a performance of Britten’s St Nicolas.

For the first time this year, the annual Brighter Sounds concert at the Festival Hall included combined choirs at secondary level, and Burntwood was honoured to be asked to lead performances of Handel’s Coronation Anthem Zadok the Priest  and the Anvil Chorus from Verdi’s opera Il Trovatore. The girls had a great time singing these favourites from the classical repertoire and we hope we inspired other young singers to approach repertoire which might be outside their everyday experience. We were also able to showcase the Burntwood girls singing the Evening Prayer from Humperdinck’s Hansel and Gretel, in the run up to our performance of the complete opera with the National Opera Studio. Attached here is a recording of the Evening Prayer made during the performance at All Saints Church Wandsworth with the National Opera Studio, during which our girls in their turn were inspired by the amazing professional opera singers.